Has your vehicle been rejected for a new inspection sticker because of RUST?

NOTE: Because of the nature of rust, the age of your vehicle, and the chemicals used on our roadways here in New England in winter, all rust repair is a TEMPORARY fix. 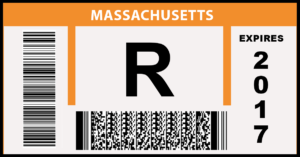 Rust is one of the most common problems that affects the average car in the United States. While layers of paint and clear coats help protect the body of a vehicle from things like sun damage, moisture, inclement weather, and debris on the road, there are many things, including vandalism, road debris, and accidents, that can damage this protective layer.

Rust is a normal reaction between materials containing iron, and oxygen or moisture. Because iron is a strong material, it is often the best material to make certain parts of your car. Oxidation is an unavoidable occurrence, but it can be slowed.

Why does my car have rust?

Inevitably, the older a vehicle gets, the more exposure it will have to the elements. Not only does the underbody of the vehicle tend to rust, but when scratches and breaks in the paint allow moisture to creep in, a the outer body is likely to begin rusting. Over time, rust expands, breaking down the metal and potentially impairing the integrity of the vehicle.

How can you prevent rust on your car?

Although rust is relatively common, there are things you can do to slow its progression.

Keeping your vehicle clean, especially during the winter when roads are covered in salt can protect your vehicle from rust. Salt, wet winter weather, and dirt and debris can increase rust on your vehicle if they aren’t cleaned off regularly.

Repairing breaks in the paint, whether your vehicle was vandalized, you hit another object, or you were in an accident, can also help to protect the integrity of the paint, which is your vehicle’s first line of defense against rust. Repair scratches and paint chips as soon as possible.

Storing your vehicle indoors where it is protected from other moving objects, vehicles, falling trees and branches, inclement weather, and moisture, especially if you live near the ocean, is a great way to prevent or slow down rust.

How is rust repaired?

Depending on the extent to which your vehicle has rusted, it may be better to take your vehicle to a repair shop instead.

First, the rust will need to be removed. Usually, it’s sanded off or better still; cut out and replaced with new metal. Once the rust is removed and the integrity of the part has been checked, the area should be professionally sealed and painted.